We use cookies for basic operations only and to analyse traffic. Click "Accept" or close this notice and continue to browse our site, without changing your cookie settings. 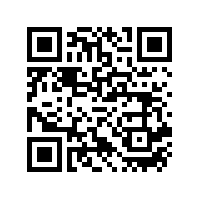 The book grew out of the author’s love for textiles and design, her interest in history and the discovery of the rich and varied collection of needlework and textiles in the Friends Historical Library. With over 150 illustrations, the book looks both at this work, produced for the most part in the eighteenth and nineteenth centuries, and at the social and historical context in which it was made.

The Quaker belief in the equality of all and the consequent importance given to the education of girls meant that Quaker women were often better equipped than most to deal with running a household and dealing with much of the business and accounts. They might have to do everything, from spinning to making clothing, bed linen and other soft furnishings.  At a period when employment for women could be difficult to obtain, their sewing skills were a considerable advantage.

The Quaker ethos of simplicity in everything from clothing to furnishings to social life coloured most activity. Where unnecessary ornamentation was frowned on, surviving dresses show a definite awareness of fashion in their cut.

Making a sampler was a form of recreation for girls, some as young as six years of age, which allowed them to use more creatively the skills that they had spent many hours practising in the schoolroom. A love of colour and a diversity of scripts and motifs, many drawn from a broader European tradition, and the way in which they are arranged gives many of the Irish Quaker samplers a character of their own.

Latest Products View the latest products uploaded to the store!

The book grew out of the author’s love for t

The Quakers Of Mountmellick

The Earth Between Them By...